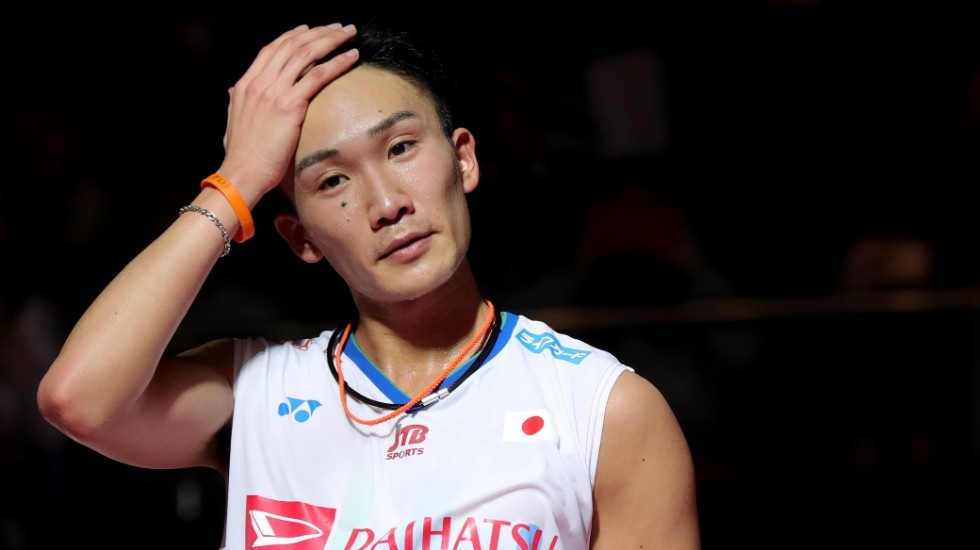 One of the intriguing features of the recently-concluded HSBC BWF World Tour Finals 2018 was that none of the title favourites could ride on their pre-tournament form and claim the title. 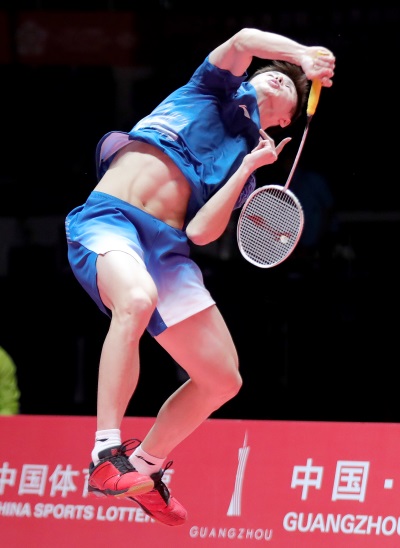 The top seeds in Women’s Doubles, Misaki Matsutomo and Ayaka Takahashi, did go on to capture the crown, but this was a category without distinct title favourites, unlike the other four in which a certain player or pair had dominated the season.

Kento Momota (featured image) was a stark example. The Japanese had a dream season, having returned to the circuit after a long layoff from the elite level, and for much of the season looked unstoppable. So unassailable was he when at his best that it looked unlikely he would have a strong challenger in the near future.

And yet, China’s Shi Yuqi virtually destroyed him in the Men’s Singles final. The Chinese blew in like a storm that blew Momota’s defences to smithereens. It will be interesting to see how this rivalry develops and if Shi can maintain this level of performance against Momota in the coming months.

Tai Tzu Ying had arrived in Guangzhou on the back of a season even more impressive than Momota’s. But Tai, having beaten Beiwen Zhang in her first group match, fell to Pusarla V Sindhu before retiring to Akane Yamaguchi with a hamstring problem.

Injury also felled the Men’s Doubles favourites, Marcus Fernaldi Gideon and Kevin Sanjaya Sukamuljo. The Indonesians made heavy weather of their opening match against Denmark’s Kim Astrup and Anders Skaarup Rasmussen, and then lost their first match after eight wins against Li Junhui and Liu Yuchen. The Minions withdrew before their final group match to Han Chengkai/Zhou Haodong with Gideon complaining of a whiplash injury; it was an anti-climactic end to a stellar season that few other pairs can hope to match.

If it was injury that spiked the chances of Tai Tzu Ying and Marcus Fernaldi Gideon, it was inspired play that brought down Mixed Doubles top seeds Zheng Siwei/Huang Yaqiong.

The Chinese arrived in Guangzhou after a sensational season in which they lost just two of eleven finals. Their opponents, Wang Yilyu/Huang Dongping, hadn’t beaten them in all seven previous encounters. 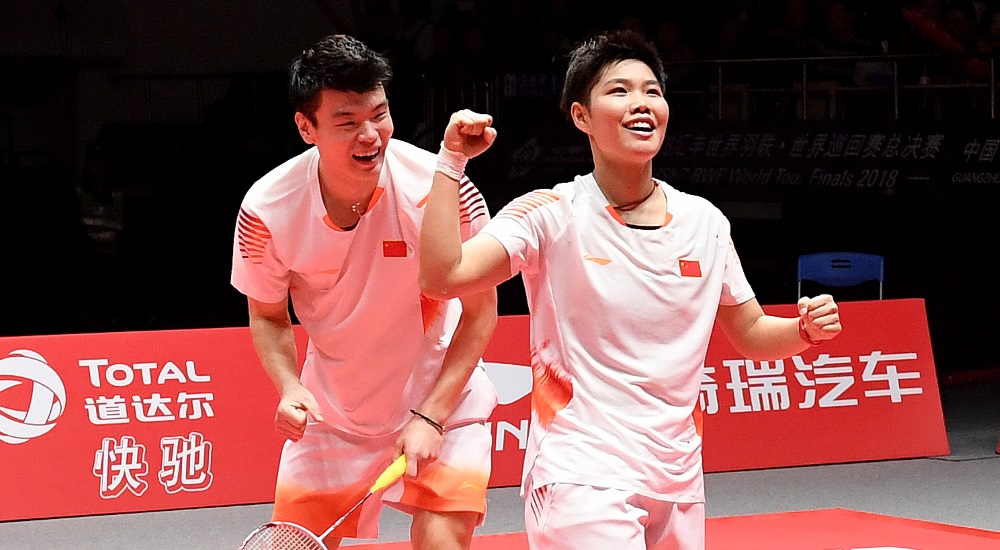 It required an exceptional performance to stop Zheng/Huang, and their challengers brought the right recipe for the day. Wang was tireless from the deep, while Huang proved a match for her opposite number on the other court. It was the best of the five finals, and the challengers squeezed through in three tight games.

There were a few players and pairs who could not follow up on pre-tournament expectations. Anthony Ginting was the dark horse of the event, having twice beaten Kento Momota this year, but the Indonesian lost all his three group matches.

Top seed Chou Tien Chen also would have returned disappointed, for he couldn’t qualify for the knockout round after two group losses. 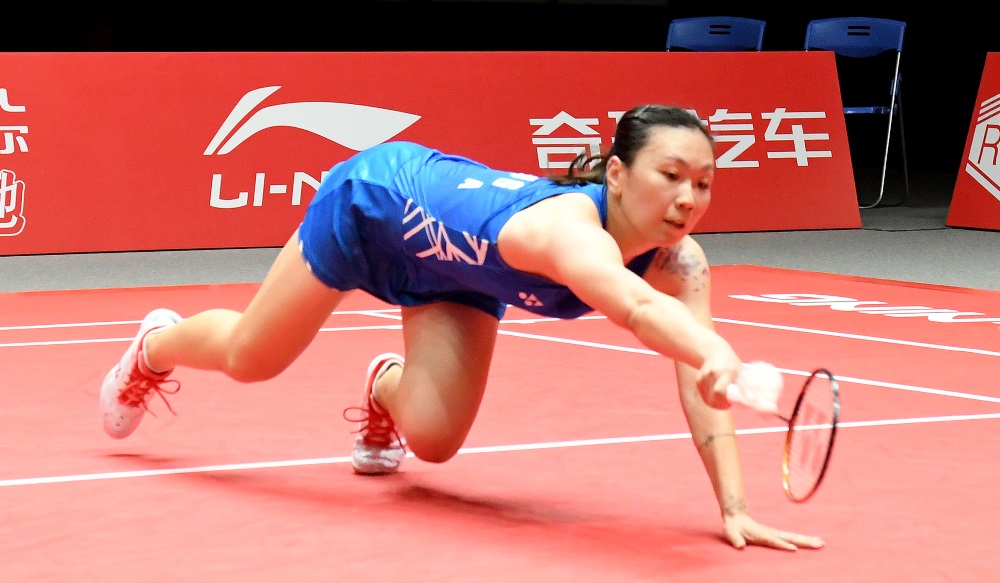 India Open winner Beiwen Zhang arrived in Guangzhou as a last-minute qualifier after He Bingjiao’s withdrawal, and the USA player acknowledged she was unprepared for the event. Zhang couldn’t take a game off any of her three group opponents. Nevertheless, Zhang and Canada’s Michelle Li made history as the first singles players from Pan Am to qualify for the season finale.

In Women’s Doubles, Greysia Polii and Apriyani Rahayu were surprisingly below-par, and couldn’t win a game in three matches.

… and a few success stories

Among the players to do well were Michelle Li – who beat Chen Yufei; Korea’s Son Wan Ho, whose resurgence after a prolonged slump saw him make the semifinals; Denmark’s Kim Astrup/Anders Skaarup Rasmussen, who also qualified for the semi-finals with impressive group performances, and Korea’s Lee So Hee/Shin Seung Chan, who made their fourth straight final after a season blighted by injury. 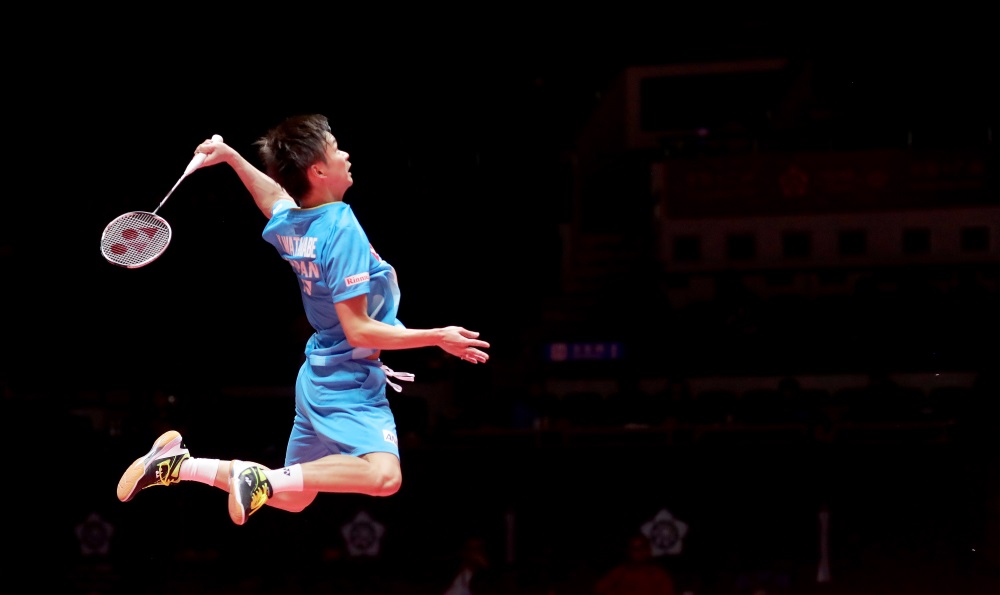 Japan’s Yuta Watanabe was in the limelight for excelling in both his categories. Watanabe made the Mixed Doubles semifinals with Arisa Higashino after a poor start; in Men’s Doubles, Watanabe and Hiroyuki Endo stormed past Astrup/Rasmussen to enter the final.

Having won the All England with Higashino, and having finished the year with a runner-up spot in Guangzhou in Men’s Doubles, Watanabe will be the cynosure as the new year dawns.