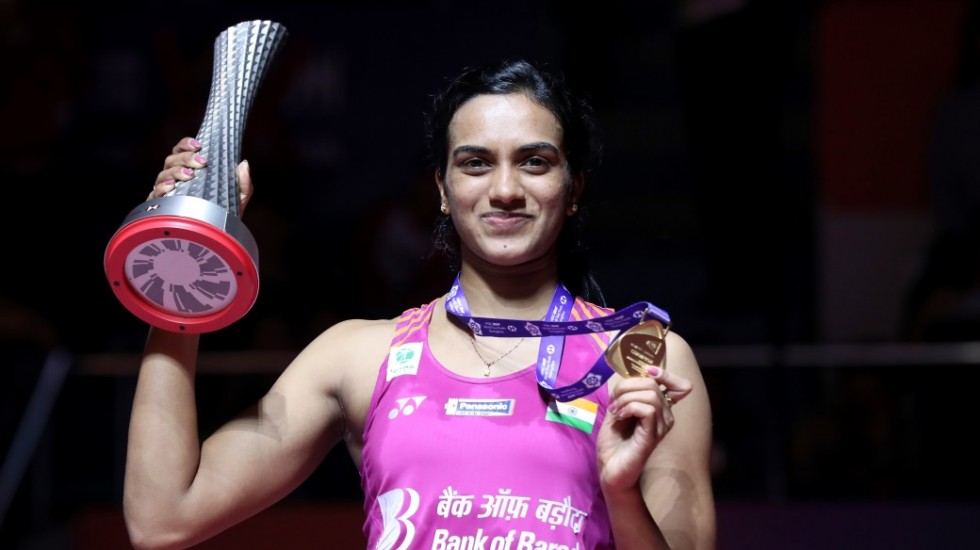 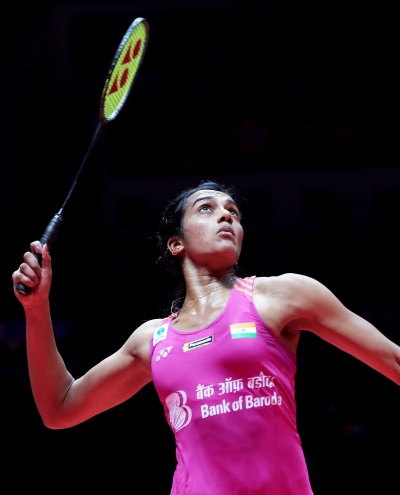 Finally, the step up from runner-up to champion was taken. Pusarla V Sindhu, after many a heartbreak, savoured her career’s biggest moment as she became the first Indian winner of the season finale at the HSBC BWF World Tour Finals 2018.

In the Men’s Singles it was Shi Yuqi’s day as the Chinese celebrated his own heroic hour, reversing the result of the World Championships final against Japan’s Kento Momota, 21-12 21-11.

Pusarla’s 21-19 21-19 triumph in the Women’s Singles final over Japan’s Nozomi Okuhara was special as it came at the end of a year in which she won no title, having stumbled at the final hurdle of four tournaments – including the TOTAL BWF World Championships and the Asian Games. That, combined with the fact that she was runner-up at the Rio Olympics 2016, the World Championships 2017 and the Dubai World Superseries Finals 2017, meant she was carrying heavy baggage into today’s final – against the player who beat her in the epic World Championships final in Glasgow last year.

Today’s match was a very different battle compared to the one in Glasgow. Pusarla held back her attack, choosing to go toe-to-toe with Okuhara in the rallies. The Japanese slipped to 6-14, but authored a

fightback in characteristic style – scampering all over the place to keep the shuttle in play. Okuhara caught up at 16 and appeared to have momentum with her – but a brief spell of inconsistent play would undo all the hard work. She smashed wide of the lines twice in succession, giving her opponent the window she needed to grab the opening game.

Oddly enough, the pattern repeated in the second. Pusarla was rock-steady, in attack and defence. Okuhara was magnificent in phases, but she couldn’t hold it together against an opponent who gave nothing away. As in the first game, the Japanese chipped away at the lead, but once she got close, she frittered away the momentum with loose shots. The scoring pattern told the story – apart from the very first point of the match, which Okuhara won, the Japanese could never get a lead in the whole match.

Okuhara acknowledged her inconsistency had cost her: “I got close to her in both games, but I wasn’t patient. She wasn’t as aggressive as she usually is, she played at a slower pace. I tried to play the longer rallies in the second game, but I couldn’t recover from my first game loss. I’m frustrated, but overall I’m satisfied that I could compete the whole year without any recurrence of my past injuries.” 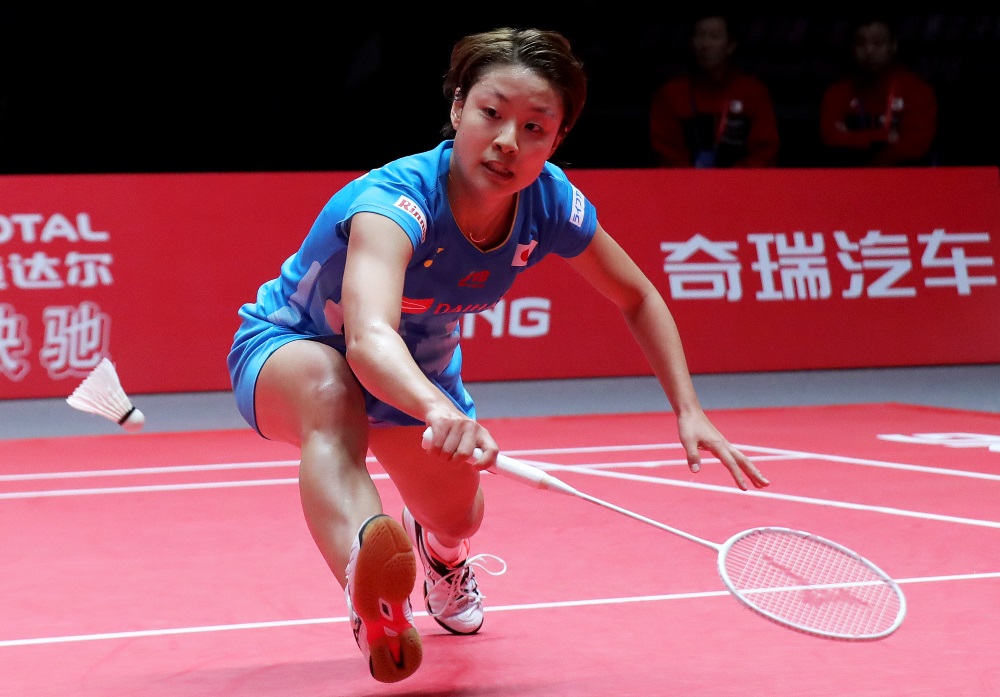 An emotional Pusarla savoured the feeling of winning the biggest title of her career:

“I’m really proud, the year has ended on a beautiful note. People have been asking me the same question, I think the question won’t come again – asking why I always lose in the final. Now I can say I won the gold and I’m proud of it. It was good that people were asking me about losing so many finals, because I had to ask myself why I was losing. Finally I got the answer.

“It’s a special tournament for me because I won all my group matches and the semifinals and the final. I have no words. She fought hard, and at times I remembered the last final. But I was able to focus again. Although I won in straight games, it was very tough and each point was hard.

“I got emotional because it’s my first gold in this tournament. I didn’t have anything in my mind. I was on my knees. I wanted this win very much.” 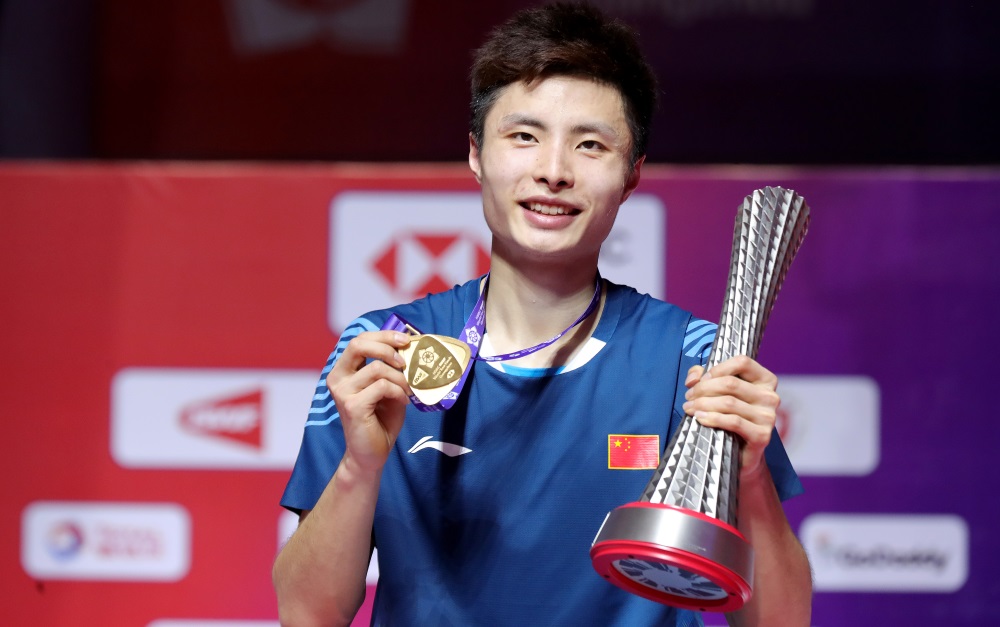 World champion Kento Momota suffered his worst defeat this year, going down in rather abject fashion to Shi Yuqi, who he had beaten in three previous matches. It was only his third loss in a final this year.

Shi started out aggressively, and with his jump smashes homing in on the lines, the pressure was on Momota. The Japanese looked increasingly rusty, moving on leaden feet as he struggled to counter his opponent’s pace and precision. At no stage in the match did the Japanese look like he could change the narrative, for his defence was torn in shreds and there was no sign of his usual iron control.

“I’m thrilled as I’d never beaten Momota, and to do it on this stage is very special. Momota is at the top of Men’s Singles and everybody has been studying him. I wasn’t familiar with his style and I wasn’t strong enough. Most importantly, I could stick to what I had planned. To come through a strong group and then to win the title is very special,” said Shi Yuqi. 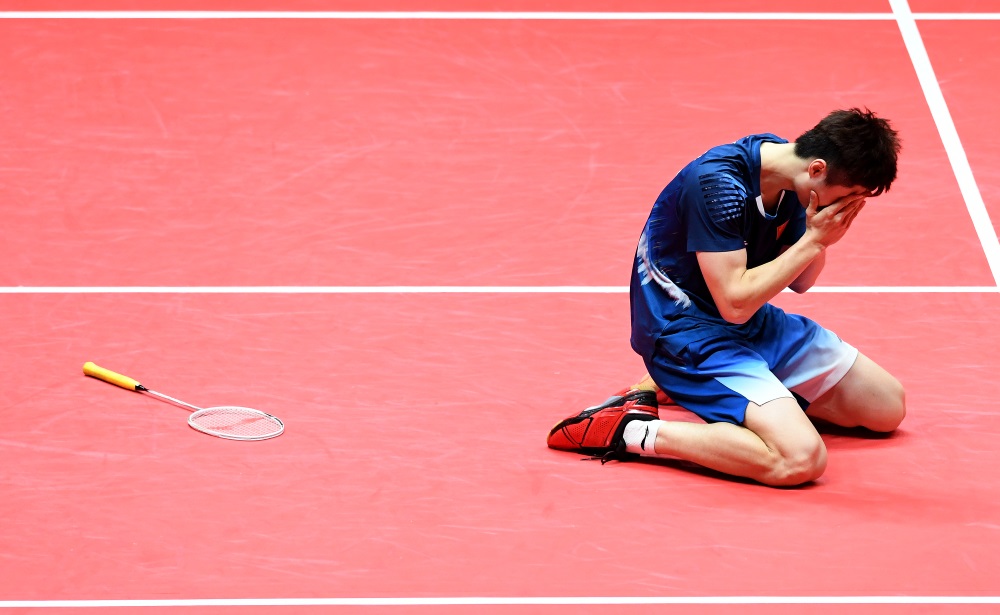 His vanquished opponent offered no excuses, admitting he had been taken aback by Shi’s attack in the beginning.

“His smashes were fierce and accurate. I was a bit taken aback by his smash and had no time to react. I made a few mistakes while playing at the net. I felt the shuttle speed was different from yesterday’s and my sense of distance was different. At the World Championships he wasn’t reacting so fast at the net. My opponents have been studying my style. Maybe he was better prepared.”

Nevertheless, Momota said he was happy with the way the year had panned out.

“I fulfilled many aspirations this year. I’m tired as I played a lot. Losing this match makes me feel stressed; I would like to work on my weaknesses and maintain my top ranking.”