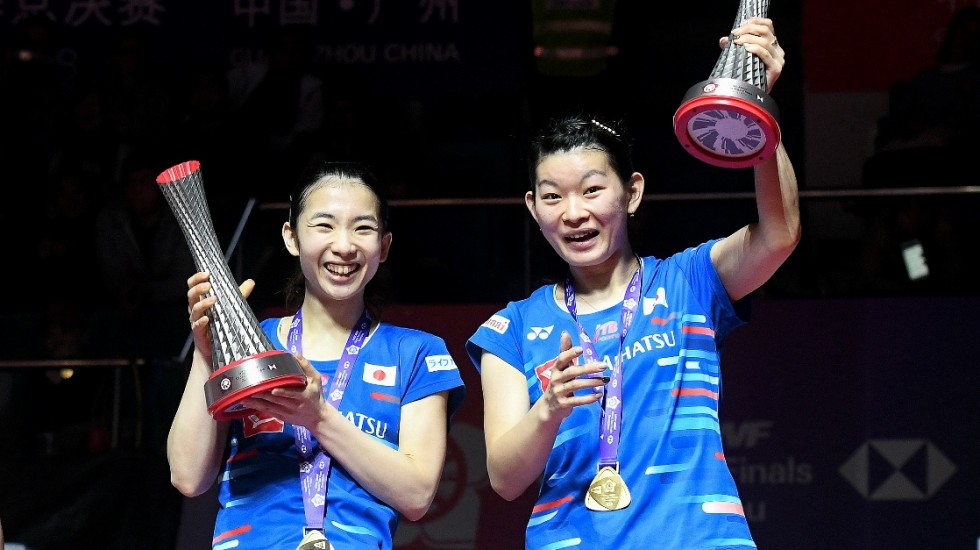 Misaki Matsutomo and Ayaka Takahashi (featured image) spared Japan’s blushes today as the curtains came down on the inaugural HSBC BWF World Tour Finals, wresting the Women’s Doubles crown for the country that has dominated that category this season.

On a day when their nation featured in four finals, it was left to the resurgent Olympic gold medallists to keep their flag flying as their teammates finished runners-up in the other three matches. The pair duly delivered gold, resisting all that Lee So Hee and Shin Seung Chan threw their way: 21-12 22-20 in 49 minutes.

Having dominated the opening salvos to seize the advantage at the change of sides, the Japanese again took command early in the second game. Sitting pretty on 20-16 – with four championship points in their favour – they suddenly found themselves under pressure as their Korean opponents clawed back courageously to 20-20. On the next point, the shuttle was called out on the Koreans’ baseline which would have given them game point to try and force a decider. However, a timely challenge from the top seeds showed the shuttle to be kissing the baseline, thus gifting Matsutomo and Takahashi a fifth 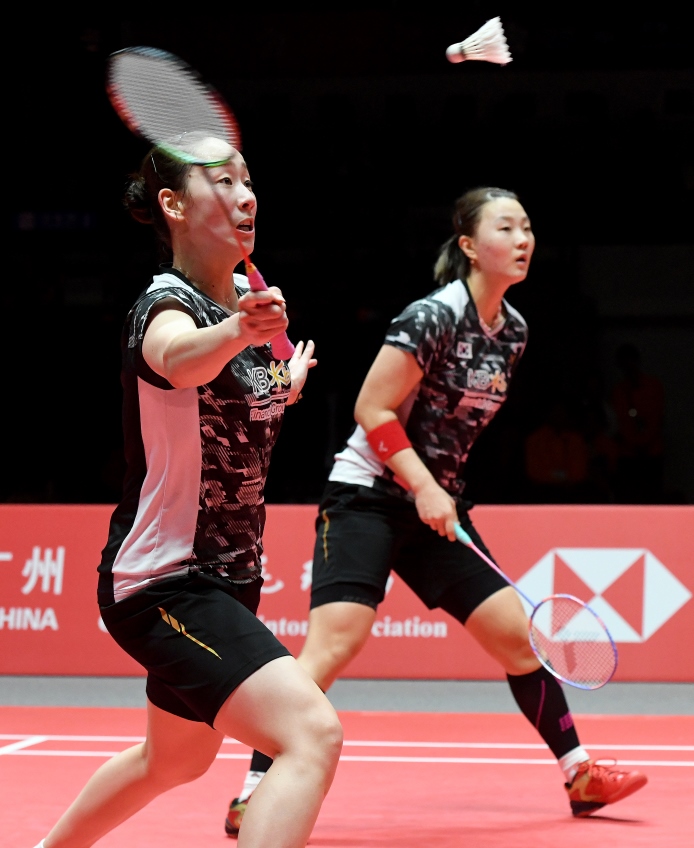 championship point. This time, the seasoned duo made no mistake with Matsutomo pouncing at net for the decisive kill. It was their second Finals crown, having won in 2014.

“We have played well throughout this tournament, winning all our matches,” said a jubilant Takahashi, acknowledging that they faltered a bit on match point.

“At the end of the second game, we thought we could just attack and win the match. We were not patient enough.”

The victory was particularly satisfying given that the Rio 2016 champions have not had an easy time over the past two seasons and did not even qualify for the year-end Final last December. In addition, they have faced stiff competition within the Japan national team. Reflecting on this, Takahashi said their main focus now is to qualify for the Tokyo 2020 Olympic Games with the aim of defending their title.

Meanwhile, their Men’s Doubles peers – Hiroyuki Endo/Yuta Watanabe – surrendered fairly tamely to China’s power hitters, Li Junhui/Liu Yuchen. The World champions added the season Final to their trophy cabinet, conquering the Japanese, 21-15 21-11, in the last match of the tournament. Hardly troubled by their rivals, Li/Liu also showed their versatility around the net and in the flat game, creating a number of good opportunities on which they capitalised.

“We are getting better and better because we are focusing on details. We are learning from our tough matches and getting more experience which is helping us to improve,” noted 23-year-old Liu. China had already won the Mixed Doubles crown but, in a stunning upset, it was not overwhelming favourites, Zheng Siwei and Huang Yaqiong, who claimed the glory. Instead, their teammates – Wang Yilyu and Huang Dongping – showed amazing determination to beat the pair who has thwarted them so many times this year. The world No.2 tandem laid claim to their first title of 2018 in memorable fashion, winning 23-21 16-21 21-18 in 69 minutes.

In the process, they thwarted Zheng’s quest for a hat-trick of Finals titles; the 21-year-old having won the last two season-enders with Chen Qingchen.

“This is a big breakthrough for us. Winning the title and beating them are equally important to us. We need to build on our performance today,” said Wang. 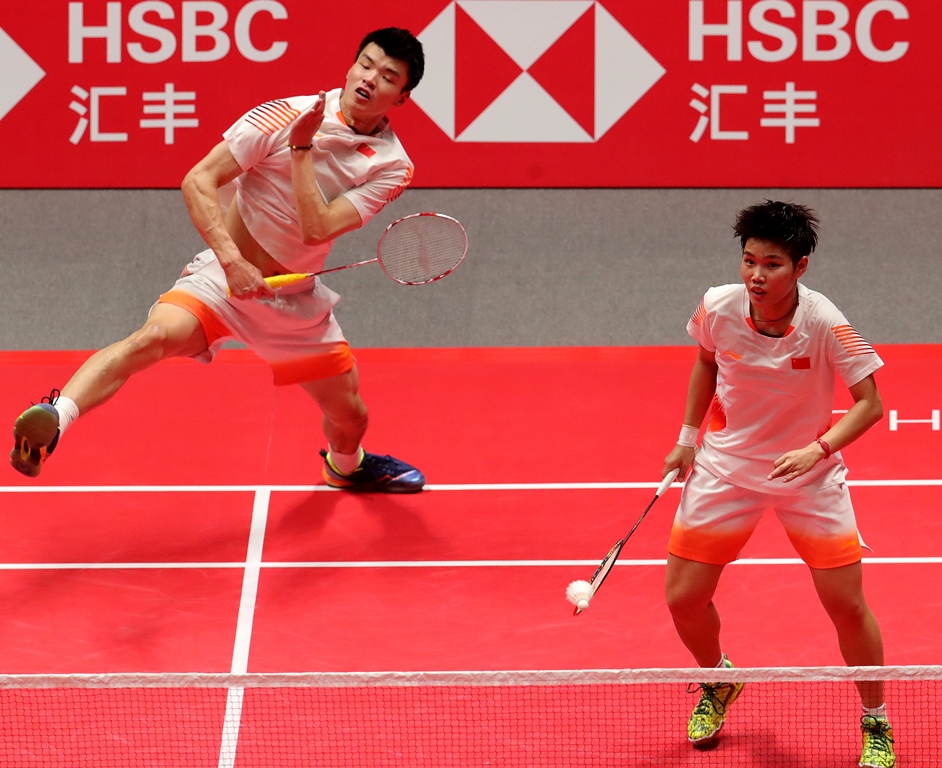