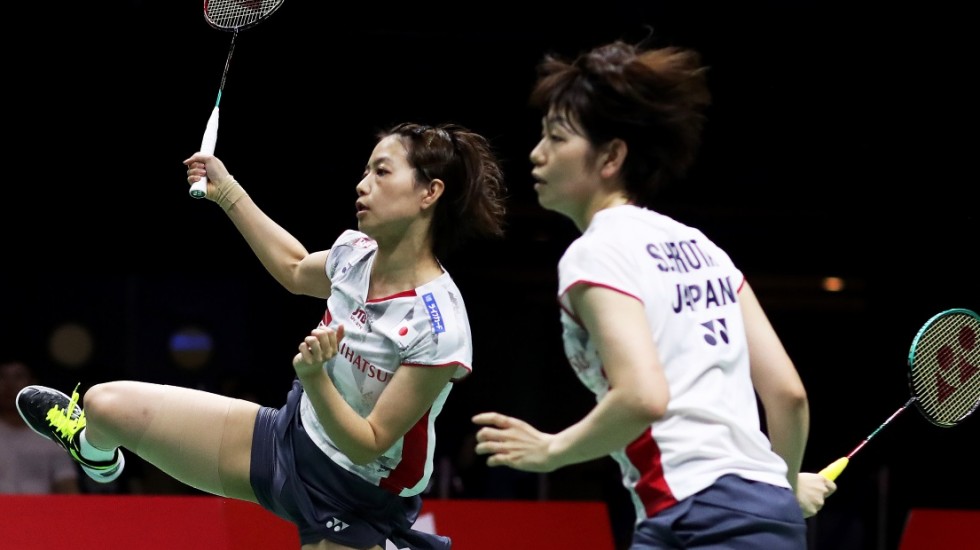 Fresh from their exploits at the BLIBLI Indonesia Open 2018, Japan’s Yuki Fukushima and Sayaka

Hirota start as top seeds at the Toyota Thailand Open 2018.

The Women’s Doubles World No.2 duo have had a good year so far, with three title victories – apart from the Indonesia Open on Sunday, they won the Asian Championships and the Yonex German Open – and a runners-up finish at the Yonex All England. 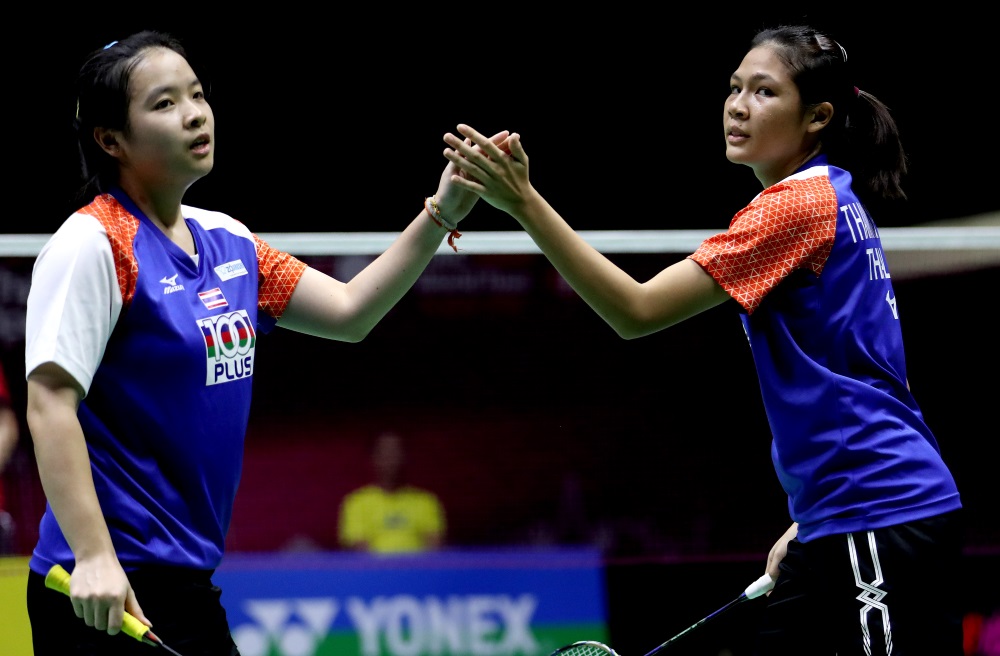 The top seeds (featured image) are likely to have smooth passage until the quarter-finals of the HSBC BWF World Tour Super 500 event, where they are expected to meet China’s Tang Jinhua and Yu Xiaohan, winners of the Yonex US Open last month.

Japan have their biggest names in this category, and with the country having won most of the Women’s Doubles titles this season, are likely to extend their stranglehold here too. In contention alongside Fukushima/Hirota are second seeds Shiho Tanaka/Koharu Yonemoto; third seeds and Celcom Axiata Malaysia Open champions Misaki Matsutomo/Ayaka Takahashi; seventh seeds Mayu Matsumoto/Wakana Nagahara, and eighth seeds Naoko Fukuman/Kurumi Yonao.

Indonesia’s Greysia Polii/Apriyani Rahayu are among the few pairs who can be seen as potential contenders in light of Japan’s overall strength; the Indonesians – winners at the India Open – are in the third quarter, which does not have any Japanese pair. A quarter-final against Bulgaria’s Stefani Stoeva/Gabriela Stoeva or compatriots Mahadewi Istirani Ni Ketut/Nitya Krishinda Maheswari – is a possibility. 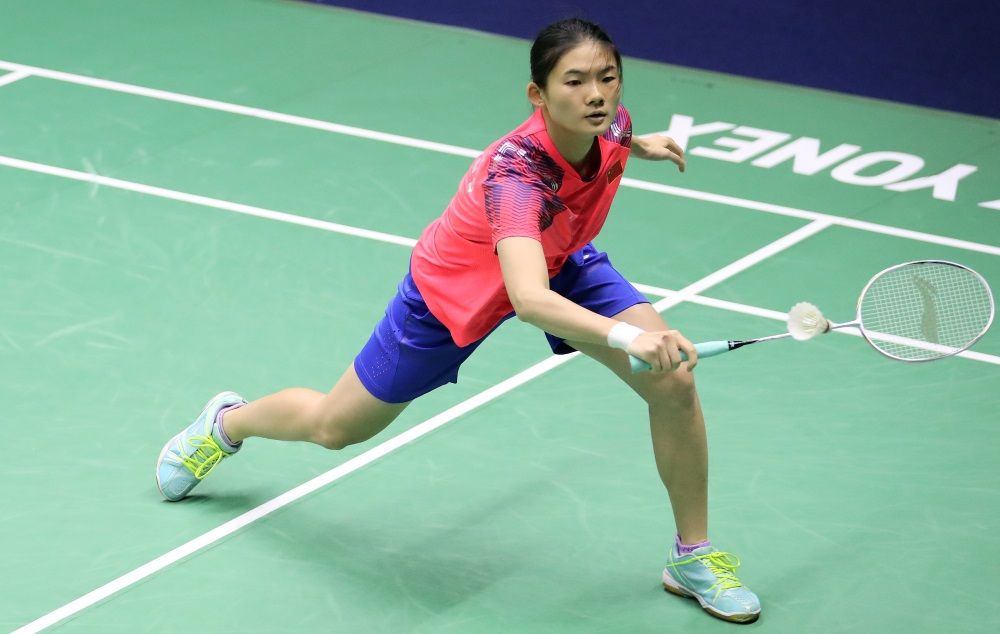 In the Women’s Singles, local icon Ratchanok Intanon’s withdrawal must have disappointed her fans, but they can look forward to the home team fielding some tough challengers in the form of Nitchaon Jindapol and Busanan Ongbamrungphan. The two carried the team through to a historic summit clash at the TOTAL BWF Uber Cup in May, also on home soil, and it will be interesting to see if that experience has boosted the confidence of Jindapol and Co. Sixth seed Jindapol, who won the Princess Sirivannavai Thailand Masters at this very venue in January, starts against Malaysia’s Soniia Cheah, while Ongbamrungphan takes on Switzerland’s Sabrina Jaquet in the first round tomorrow. 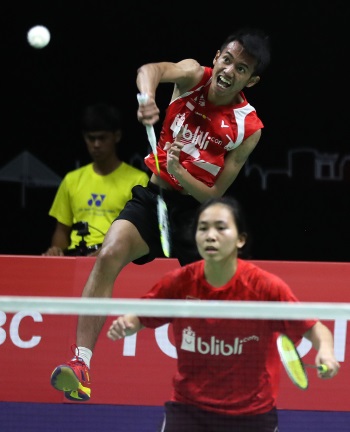 In Yamaguchi’s half are compatriots Nozomi Okuhara, Sayaka Sato and Aya Ohori, and USA’s Beiwen Zhang. India’s Pusarla V Sindhu leads the lower half, and will be keen to achieve success here as her recent tormentor Tai Tzu Ying (Chinese Taipei) is absent, while World champion Okuhara is still some way from her best form.

Indonesia’s biggest hope, Gregoria Mariska Tunjung, is in the third quarter with Canada’s Michelle Li, and that could be an interesting encounter if it materialises. Chinese qualifiers Han Yue – who is in Tunjung’s quarter – and Zhang Yiman could upset the expectations of the more favoured names.

India’s HS Prannoy, at No.4, is the highest seed in Men’s Singles, and will eye the possibility of his first title this year. In his half are Japan’s Kazumasa Sakai and Kanta Tsuneyama, while in the lower half, Indonesia’s Tommy Sugiarto will sense his opportunity following his surprise semi-final appearance in Malaysia.

Japan’s top Men’s Doubles pair Takeshi Kamura and Keigo Sonoda have had a bit of a roller-coaster season. They were runners-up at the Asian Championships but had a scratchy time at the TOTAL BWF Thomas Cup Finals, which led to Sonoda being paired with Yuta Watanabe for the title clash. 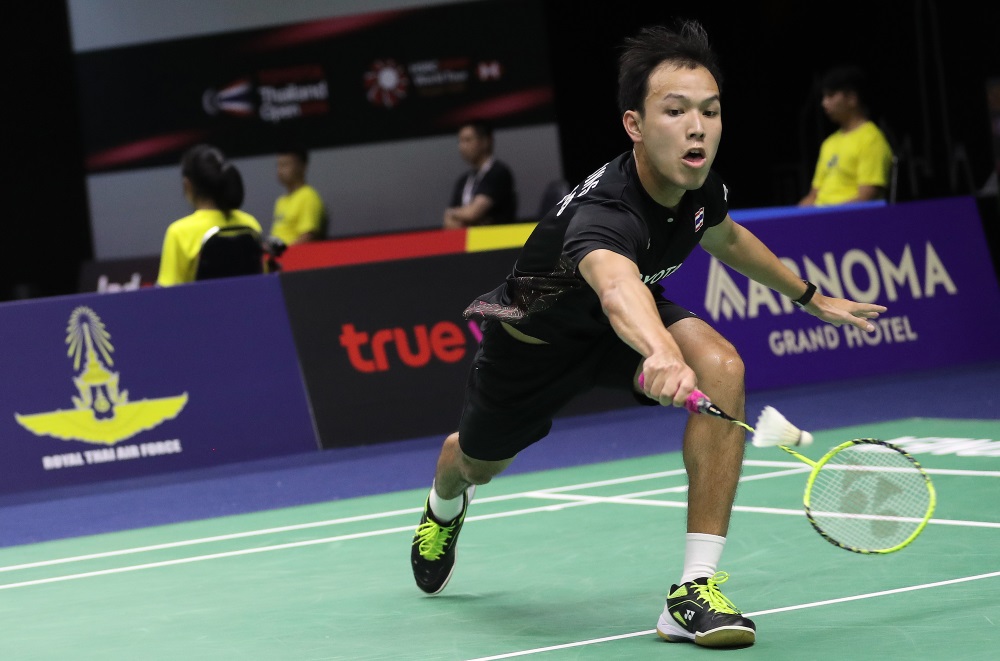 Nevertheless, they bounced back as a pair by winning the Malaysia Open, and as top seeds in Thailand, they will look to consolidating on their gains. Among the likely threats to the top seeds in the top half are local pair Tinn Isriyanet/Kittisak Namdash; Japanese compatriots Takuto Inoue/Yuki Kaneko, and Chinese Taipei’s Liao Min Chun/Su Ching Heng and Lu Ching Yao/Yang Po Han. Meanwhile, another Chinese Taipei pair, Lee Jhe-Huei/Lee Yang, who haven’t had a title win since the Yonex French Open last October, will look to progress from the lower half.

There are a number of pairs who could trip them, however, including compatriots Chen Hung Ling/Wang Chi-Lin; Japan’s Hiroyuki Endo/Yuta Watanabe, and India’s Satwiksairaj Rankireddy/Chirag Shetty.

In all categories, China have fielded their young prospects, many of whom could graduate to the elite levels rather quickly. These names include Ou Xuanyi, Ren Xiangyu, Han Chengkai and Zhou Haodong in the Men’s Doubles, and Cao Tong Wei and Zheng Yu in Women’s Doubles.