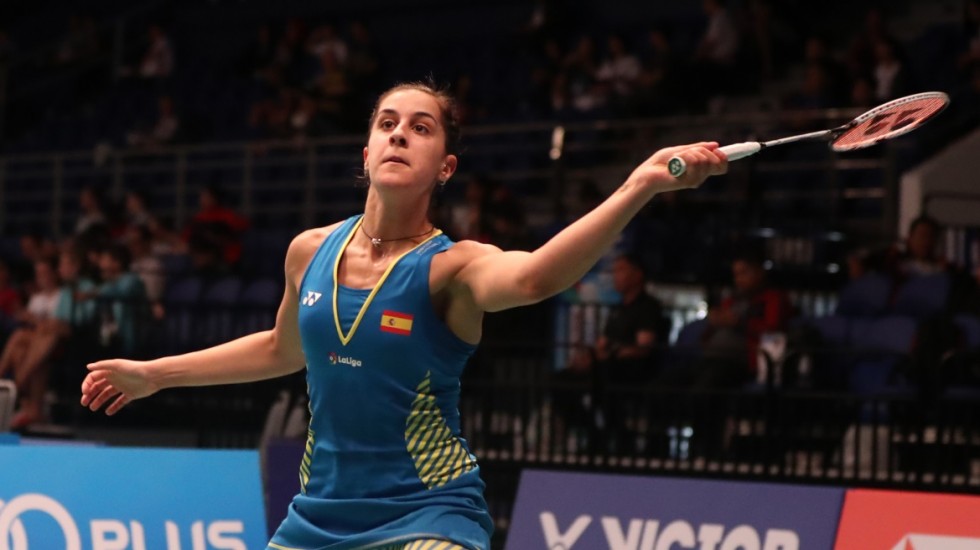 The Women’s Singles sixth seed started breezily against World Junior champion Gregoria Mariska Tunjung, allowing her opponent just four points in the opening game, but the Indonesian found her rhythm and took the match to a decider. Marin (featured image) dominated once again in the final game, closing out the match 21-4 18-21 21-8, to book her second round spot against Hong Kong’s Cheung Ngan Yi. 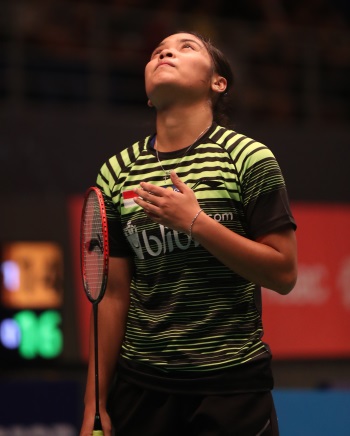 “I have good memories of Malaysia as I won this tournament in 2015. I like the crowd and the atmosphere, so am looking forward to the next round,” Marin said.

“It was good that I kept going after losing the second game. But I have to learn some things from today; I have to control the shuttle better from both sides. Sometimes it was hard to control because of the drift. But I’m happy with some parts of the game.

Top seed Tai Tzu Ying (Chinese Taipei), third seed Pusarla V Sindhu (India) and seventh seed Sung Ji Hyun (Korea) made their way into the second round in contrasting styles. While Tai had it all her way against local hope Soniia Cheah (21-10 21-9), Pusarla and Sung had to quell stubborn challenges from Japan’s Aya Ohori and Indonesia’s Fitriani Fitriani respectively.

Like Pusarla, Men’s Singles comeback kid Kento Momota (Japan) too had a fight on his hands. Momota, who has been in blazing form recently (he is on a 17-match winning streak), appeared to have finally run out of rhythm as he took on Indonesia’s Anthony Ginting. The quick-moving Indonesian stifled Momota with his retrieving game and rifled sharp winners down either flank. Momota, for his part, looked sluggish and out of sorts.

After trailing halfway through the second game, Momota caught up with some patient play and steadily gained in confidence even as Ginting’s luck deserted him with a couple of shuttles catching the tape. The Japanese surged ahead at the end of the second, and then it was effectively over as Ginting lost the heart for the battle, 12-21 21-17 21-14. 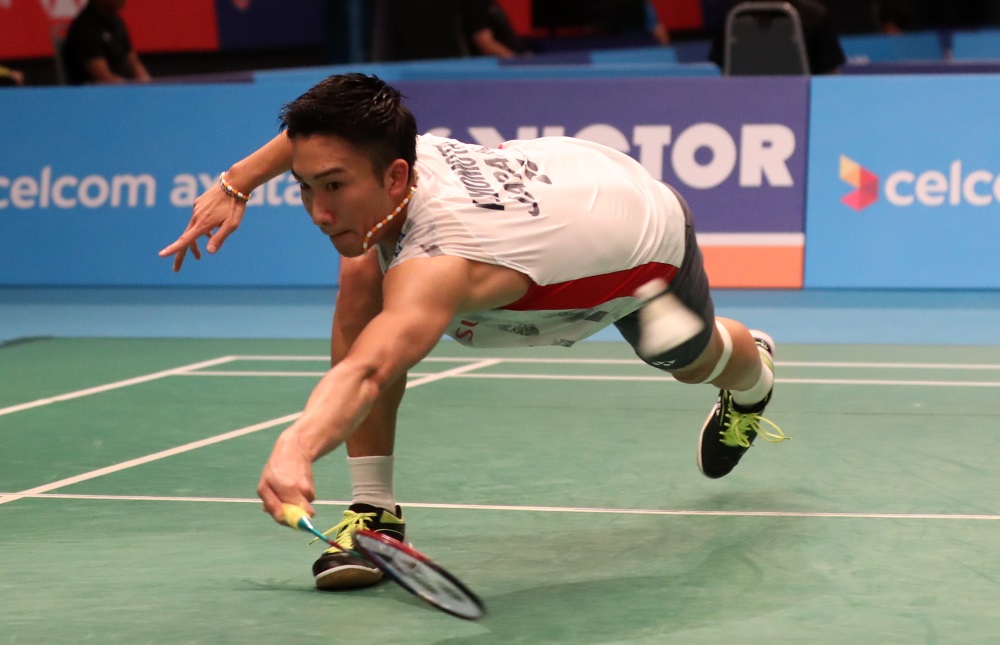 “Momota changed the pattern of his play in the second game, he was smart and waited for his chance to attack,” said Ginting. “His attack was not too dangerous, but he was able to put pressure incrementally. He speeded up his game in the third. Overall, I’m quite happy with today’s performance.” 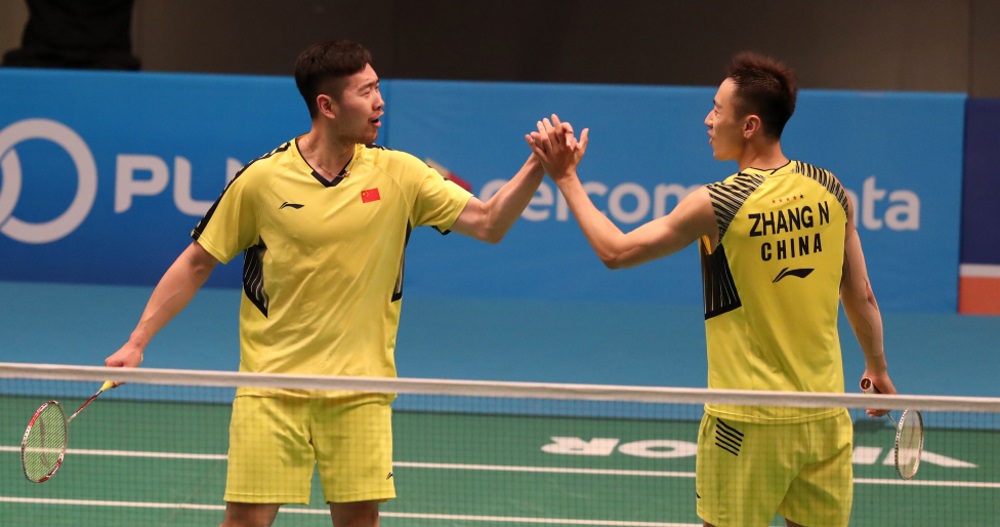 There were few surprises on the day, with the only upset being that of Denmark’s fifth seeds Mads Conrad-Petersen/Mads Pieler Kolding at the hands of China’s Huang Kaixiang/Wang Yilyu 21-13 21-12. The winners headed to an all-Chinese second round against He Jiting/Tan Qiang. Another Chinese pair, World champions Zhang Nan/Liu Cheng, prevailed in the tightest match of the day, 21-13 19-21 25-23, against Russians Vladimir Ivanov/Ivan Sozonov, after saving four match points.

Malaysian Women’s Doubles pair Chow Mei Kuan and Lee Meng Yean sparkled in a combative performance against fifth seeds Misaki Matsutomo/Ayaka Takahashi. The Malaysians led all the way and had two game points, but the Japanese stuck in with error-free rallies to deny their challengers, 21-16 24-22.