Another Women’s Singles blockbuster; a nerve-jangling Mixed Doubles shoot-out; and a polished exhibition by the self-professed ‘old men’ of badminton highlighted tonight’s semi-finals of the YONEX All England Open Badminton Championships 2018. 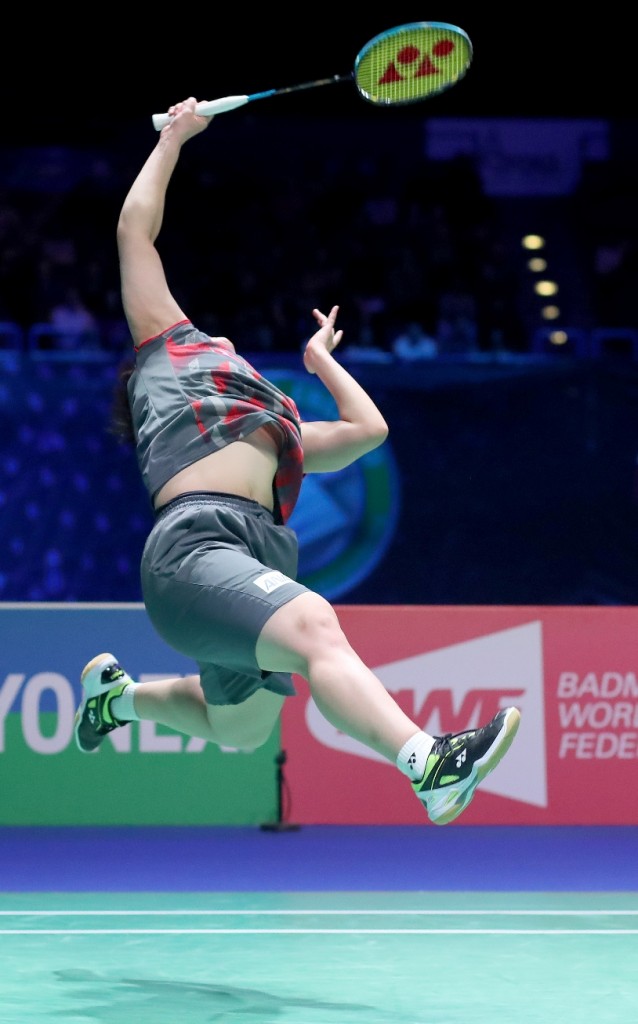 Fans were treated to some high-quality matches in which they were put through the emotional wringer. First up was Akane Yamaguchi’s tension-filled takedown of India’s Pusarla V Sindhu to open the evening session; another enthralling battle that once more showcased the women’s solo event as the sport’s most compelling category right now.

The match ebbed and flowed as first Pusarla – off to a flying 8-3 start – grabbed the ascendancy, only for Yamaguchi to bounce back and then falter against her tall rival’s renowned attack before finally prevailing thanks to some late, sustained aggression which appeared to catch Pusarla off-guard.

Neon confirmation of the score lit up a buzzing Arena Birmingham: 19-21 21-19 21-18 in 80 minutes which featured some sapping rallies lasting 44 shots.

“In the final game, I was trailing 13-7 and I had almost given up. Then I changed my mind and calmed down which helped me,” said Japan’s Yamaguchi who faces defending champion, Tai Tzu Ying in the final in a clash of the top two seeds.

Pusarla, who spent 286 minutes on court in four matches, was philosophical about the result, noting that at 18-18 in the decider “it could have gone either way”, adding she will take many lessons from this week in which she played “100 per cent”.

Mathias Christiansen and Christinna Pedersen probably felt the same, having been so close to the Mixed Doubles final, only to falter in the home stretch of a tight match versus Zheng Siwei/Huang Yaqiong (featured imge). Despite some nervous errors that left them trailing in the third game, the Chinese scored at vital moments – and benefited from some costly mistakes by Denmark – to claw back into reckoning. A brilliant flick serve by the cool Huang brought up two match points and, though they saved the first, Christiansen and Pedersen fell at the second time of asking (18-21 21-14 21-19) to another monster smash from Zheng.

“It was a tough match. We didn’t start well and the Danes were targeting us which made it more difficult, especially their attack. We are lucky they

made some mistakes at the end,” said a beaming Zheng, helping his partner defend the title she won last season with Lu Kai.

The inconsolable Danes rued their missed opportunity but agreed it was a great match, Christiansen adding that “throughout almost the whole match we were the better pair but in the end they were too sharp”.

There was some Men’s Doubles comfort for Denmark as the evergreen pairing of Mathias Boe/Carsten Mogensen again proved they can do the business against younger opposition. The No.2 seeds beat Japan’s Hiroyuki Endo/Yuta Watanabe, 21-17 21-17, to set up a blockbuster versus top guns, Marcus Fernaldi Gideon/Kevin Sanjaya Sukamuljo – the defending champions from Indonesia.

“I expect a tough match. They have been the best pair for the last year and have won many tournaments. It’s a big final and we are looking forward to it,” said 34-year-old Mogensen. 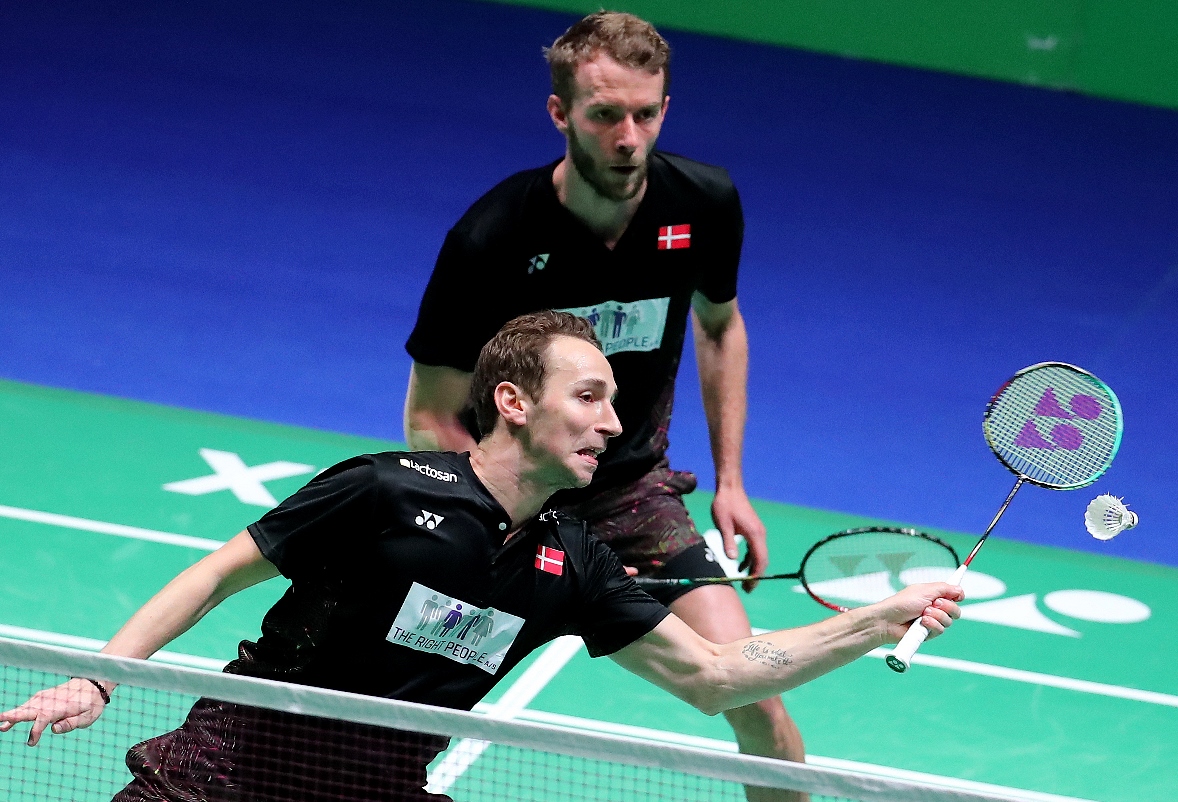 Fans were also delighted to see the legendary Lin Dan’s protracted – but expected – victory in his quest for a seventh All England title. The two-time Olympic gold medallist beat Chinese team-mate, Huang Yuxiang, 21-14 13-21 21-11. He will play another of his countrymen, Shi Yuqi – to whom he lost in last year’s semi-finals – for the title.

“To play in the All England final is a massive opportunity and we are very proud. We want to win but more importantly we want to play our style. Our strength is speed but, at the same time, we must be patient,” said the duo who were jointly named the BWF Most Improved Players of the Year last season. 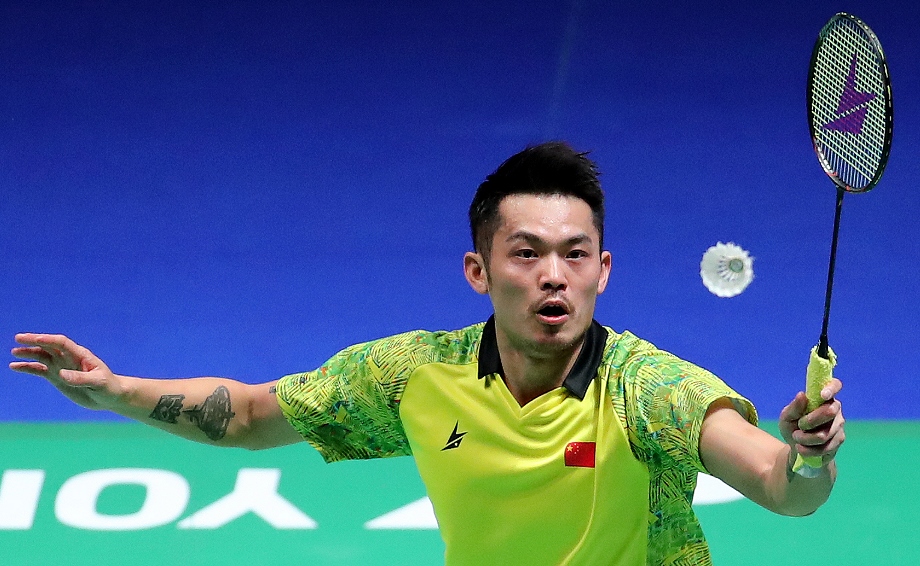