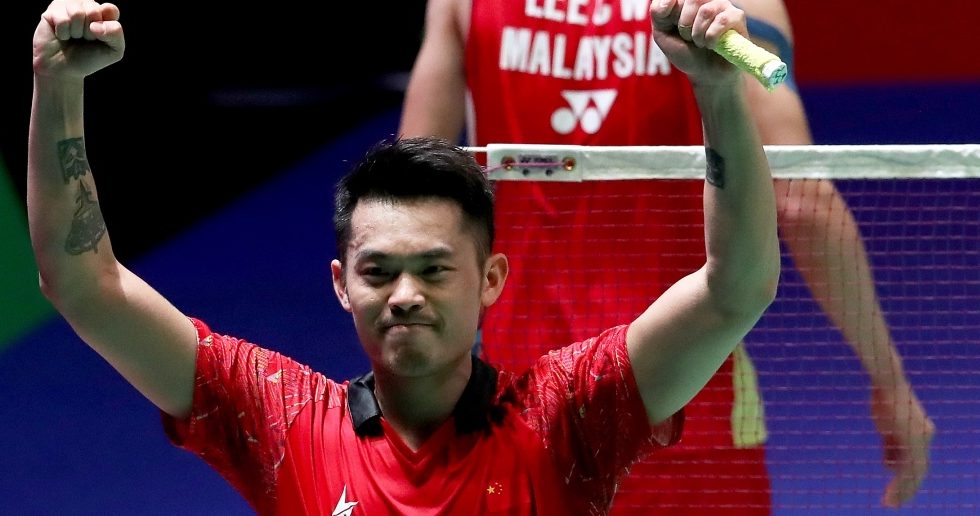 In a scene that has played out in countless venues around the world, Lin Dan had all the answers to outsmart his arch-rival, Lee Chong Wei, in tonight’s quarter-final of the YONEX All England Open Badminton Championships 2018.

Though a packed Arena Birmingham urged on the Malaysian star, his opposite number snuffed him out in straight games – 21-16 21-17; in the process knocking out the defending Men’s Singles champion and No.2 seed. 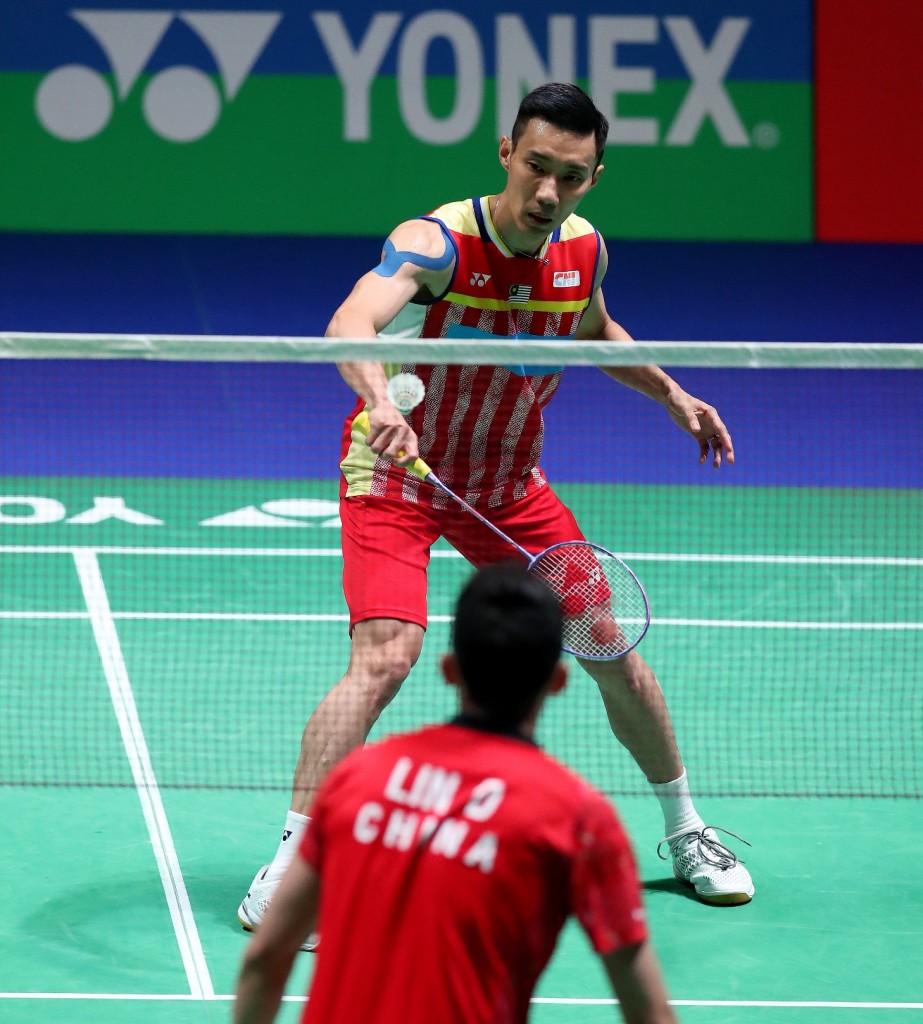 Perhaps conserving energy for the weekend, 34-year-old Lin (featured image) gave an efficiently clinical performance, raising his level and unleashing incisive attacks at just the right moments to gain important advantages – all wrapped around rock-solid defence. There was always the sense that he was in control and that the result would ultimately be decided by his racket and the match duly unfolded as such. Try as he did – and has done for much of his illustrious career – Lee failed to conjure up much to trouble the Chinese icon who has frustratingly stood between him and glory in numerous instances.

Admitting as much in his post-match interview, the vanquished athlete said almost everything he attempted came to nought.

“I tried to attack but he defended very well. Every shot I tried, he was returning. Things didn’t go to plan,” said 35-year-old Lee candidly.

Meanwhile, Lin noted both he and Lee played well but that he was able to get some key points. In search of his seventh All England title, the languid left-hander is looking forward to a challenge of a different kind when he faces his younger compatriot Huang Yuxiang in the semi-final. The latter pulled off a stunning 20-22 21-16 23-21 comeback versus a bemused HS Prannoy who looked to be cruising into the semi-finals. Sitting pretty at 16-10 and even 18-15, the Indian suddenly found himself scrambling to save match points as Huang staged a great turnaround, completing his memorable night as Prannoy’s shuttle sailed wide.

China will have a say in the other Men’s Singles semi-final too as last year’s runner-up, Shi Yuqi, dismissed Olympic champion, Chen Long. The No.7 seed beat his team-mate, 21-10 21-17, to progress to the last four. He will battle Son Wan Ho who withstood the challenge of Kenta Nishimoto. The Korean seemed to lose focus during the second game and his Japanese rival capitalised to take the encounter the distance. However, Son showed why

“This is one of the biggest tournaments in the world. I hope I can get into the final. I know how to play Shi as I’ve beaten him several times,” said a confident Son.

In Women’s Doubles, only Kamilla Rytter Juhl/Christinna Pedersen stand between Japan and lifting the championship as three pairs from that country marched into the semi-finals. The Danes will tackle relative newcomers Mayu Matsumoto/Wakana Nagahara while the other place in the finals will be taken by either Shiho Tanaka/Koharu Yonemoto or Yuki Fukushima/Sayaka Hirota. Juhl and Pedersen brushed aside Korea’s Lee So Hee/Shin Seung Chan, 21-15 21-14, while Tanaka/Yonemoto picked up from where they ended last season, ousting top seeds Chen Qingchen/Jia Yifan of China (14-21 21-17 21-15) in 80 minutes.

“We are so happy and proud about how we played against Korea. It is always difficult to play them. We expect a long and tough match against Japan tomorrow. They are new on the tour but they are already strong so we have to be as well prepared as we can,” said Pedersen who also advanced in Mixed Doubles action. 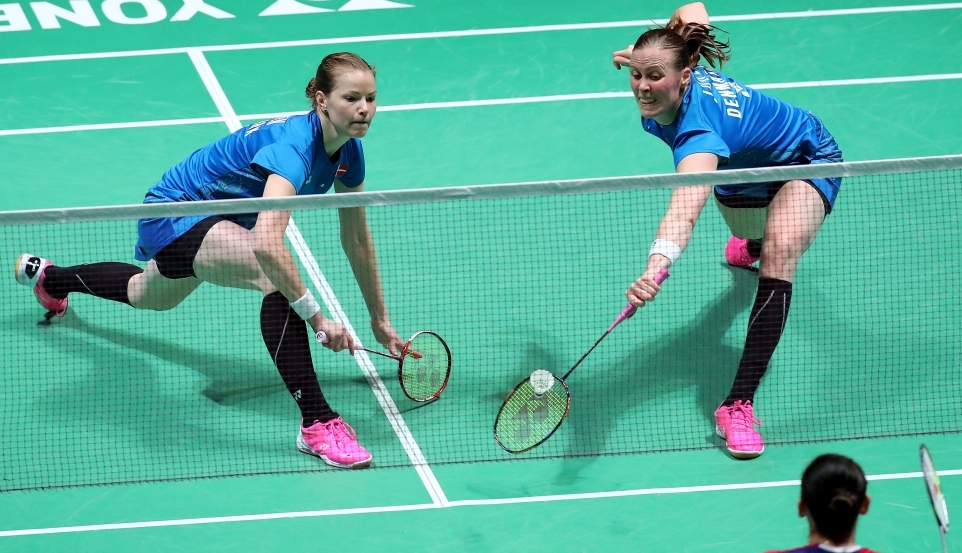 The 31-year-old and Mathias Christiansen will clash with Zheng Siwei/Huang Yaqiong in for a spot in Sunday’s final while the other mixed semi-final features another player who also has a shot at two titles in this HSBC BWF World Tour Super 1000 event.

Having won his Men’s Doubles quarter-final earlier in the day, 20-year-old Yuta Watanabe doubled up on his chances of playing in the Sunday finale. He and Arisa Higashino achieved their goal of reaching a second successive All England semi-final, thwarting England’s Chris and Gabby Adcock’s quest for a fairytale return after a bad injury to Gabby’s left ankle which sidelined them since early January.

The young Japanese bounced back from dropping the first game to claim the honours, 18-21 21-15 21-15, and now take on the experienced Zhang Nan and his partner, Li Yinhui, from China. 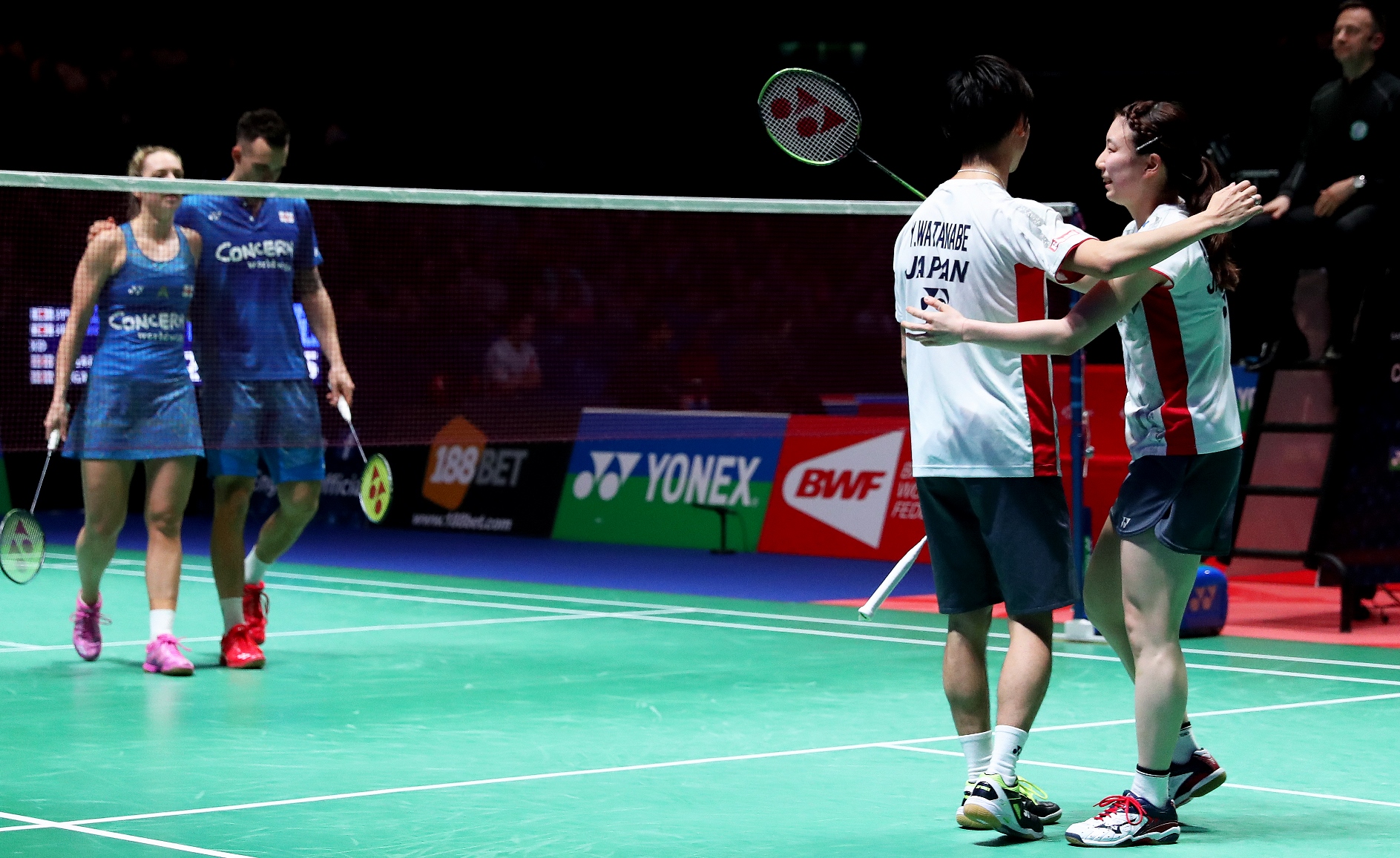